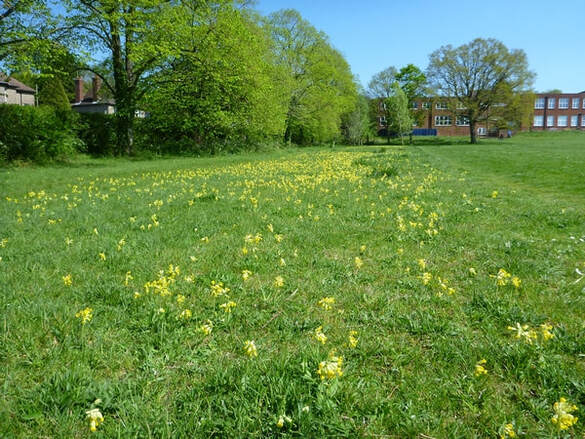 The abundance of cowslips in the park is the result of seed-sowing by volunteers in past years, some as long ago as 10 November 2010

​
BIRD NEWS
2 May 2020  Professor Peter Somogyi, a regular FoMFNP volunteer, has provided these lovely photos of birds' nests and their occupants taken in the park, the first two (great tit incubating eggs and blue tit chicks) by him and the third (tawny owl chicks) by Turkish scientist Dr Ahmed Tugrul Ozdemir, who in 2019 joined a postdoctoral research group led by Professor Somogyi in the Anatomical Neuropharmacology Unit at Linacre College, Oxford. This is the first tawny owl nest in the park; three chicks hatched from four eggs.  The owl box was installed in 2014 with the help of another Turkish scientist, Dr Gunes Unal, who for two years was also a member of Professor Somogyi's research team.  To see the photos full size, click here

Early in April 2020 Peter had reported that a tawny owl had taken up residence in one of the nesting boxes.  He said 'I am surprised, as there are so many old trees in our area, they can't have had a problem finding natural nest holes, but, who knows, may be this pair hunts mainly in Marston meadows and the noisy pair in the Pullens Lane area is a second pair'.

​14 April 2020  A local resident, Elizabeth Yates, was walking in the park in the afternoon when a heron flew down and alighted on the grass.  It was chased away by a crow, which, Elizabeth said, chased it off even more aggressively when it tried to land again.  The last reported sighting of a heron in the park (photographed) was on 8 September 2017.
​ 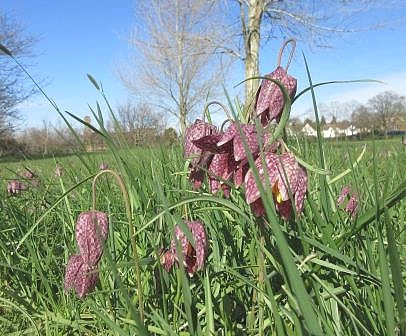 ​24 March 2020  For Judy's tweet about the fritillaries (23 March) and her photos taken the previous day, when she counted 200, click here

"The name Fritillaria comes from the Latin fritillus meaning dice-box, possibly referring to the chequered pattern on the flowers although this derivation has been disputed. The name meleagris means "spotted like a guineafowl".The common name "snake's head" probably refers to the somewhat snakelike appearance of the nodding flower heads, especially when in bud, on their long stems. Vita Sackville-West called it "a sinister little flower, in the mournful colour of decay."   Extract from info given by Wikipedia

​During the autumn and winter months, including the coldest periods, Rod d'Ayala has been doing a splendid job cutting back rank growth to the south of the park and reducing the height of the grass on and near the bank on the west side in order to prevent the wildflowers being smothered by the rapid growth of 'thug' plants in the spring.  It was thanks to his earlier efforts that a mass of red clover appeared on the south side of the park in 2019, instead of a blanket of Michaelmas daisies. The petrol-driven Cobra mower was bought out of the residual funds of the former New Marston Wildlife Group to keep stronger-growing vegetation under control.  Unlike the large mowers used by Oxford City Council, it can be easily manoeuvred for targeted cutting of specific areas.

The effects of that mowing, and the hedge-laying, can be seen in photos taken on 3 March 2020

Rod, a consultant ecologist specialising in water management, has also helped with improvements to the stream course in the park, as well as hedge-laying (see below).

​Rod d'Ayala with the Cobra mower
​ 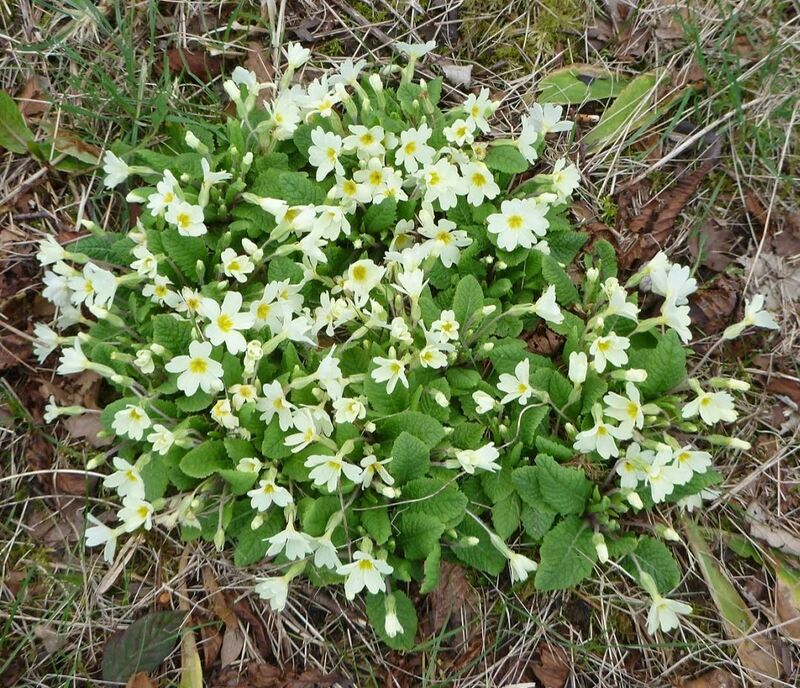 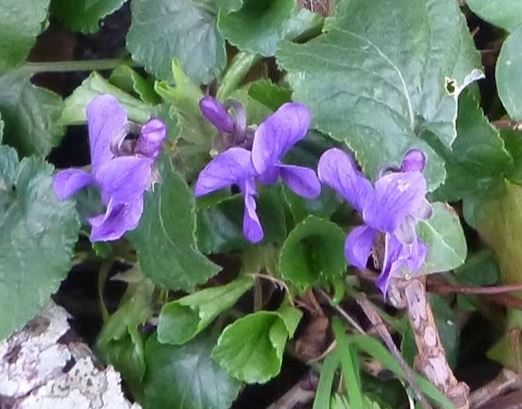 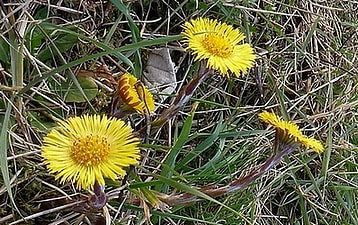 Please don't bring any FISH, FROGS or TOADS to the ponds.  Fish eat the spawn of amphibians (frogs, toads) and the larvae of dragonflies, damselflies and broad-bodied chasers, as well as other small pond creatures. They also bring with them the risk of introducing ranavirosis, a disease that kills thousands of frogs each year.

Please don't bring any PLANTS to the ponds or park.  What's an asset to your garden could be very bad for the ecology of the park, if it spreads.

Please don't allow DOGS to swim in the ponds.  They churn up the mud, which coats the leaves of the pond plants and prevents them getting the sunshine they need to survive.  The ponds need plants to create oxygen in the water for the pondlife.  To prevent health risks and to preserve the flowers and fungi, please keep your dog on a lead so you can keep track of any 'deposits' and bag-and-bin them.  (There are red bins for dog excrement.)  Dog excrement adds nutrients to the soil making conditions more favourable for grass, which could then smother and kill off the wildflowers and the fungi. ​ ​
Roundworm eggs in dogs' faeces can survive for up to 5 years in the soil.  Ingesting even just small particles of soil contaminated by dog faeces can cause toxocariasis, which can lead to blindness,  as with the toddler who fell in dog mess (click here) and a woman who had to have an eye removed 30 years after becoming infected (click here).
Planning Application   13/02630/FUL
Appeal against refusal by Oxford City Council of 2nd application for consent for housing development in Harberton Mead, close to the Park, DISMISSED on grounds of detrimental effect on low-density sylvan character of Headington Hill Conservation Area.